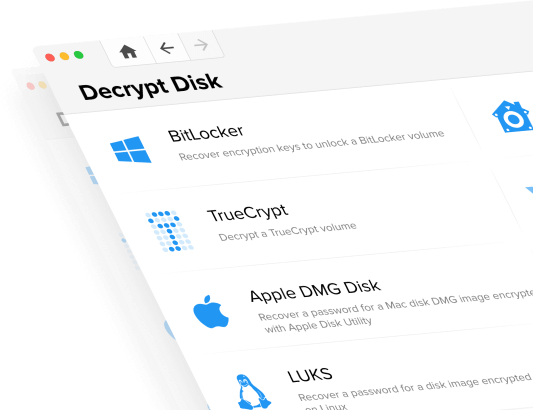 Passware Kit Business and Passware Kit Forensic customers only.
Contact Support to get an update for other Passware products.

On top of this, Passware Kit Forensic for Mac unlocks APFS disks on Mac computers with an Apple T2 chip and improves APFS decryption processes on other systems.

The Mac version is available to all Passware Kit Forensic customers with an active SMS subscription.

In addition to LUKS1 decryption that was previously released, Passware Kit 2021 v3 recovers passwords for and decrypts LUKS2 volumes. The recovery process can be accelerated with NVIDIA and AMD GPU, as well as distributed computing.

Passware Kit extends the list of supported password managers by introducing password recovery for Dashlane Desktop. It recovers a Master password at speeds of up to 21,000 p/sec on an NVIDIA RTX 2080 Ti, and then extracts all the records from the Dashlane database.

Passware Kit 2021 v3 improves batch mode performance for jobs that have over 1,000 files. This version handles customized settings, groups of files, timeouts, and reports much faster for large cases.

We now provide a set of rainbow tables designed for immediate recovery of Windows user passwords from NTLM hashes – Passware Rainbow Tables for Windows. The tables are 3.6 TB in RTI2 format and are shipped on a USB HDD drive.

The recovery of Windows passwords is performed locally within minutes by either Passware Kit Forensic or Passware Kit Business using the Rainbow Tables attack.

For macOS Big Sur systems without an Apple T2 chip, Passware Kit 2021 v3 now extracts data from the Local Items Keychain after a successful password recovery. The extracted data includes a decrypted-keychain.plist file, which can be used to unlock APFS disks instantly on systems that share the same iCloud account, regardless of a T2 chip!

We have also improved the Keychain decryption UI that now offers three options: Login Keychain file, System Keychain, and Local Items Keychain. With the new navigation, it is now easier to understand which options are applicable in any particular case.

We have also updated the “Password Managers” section of the Passware Kit and rearranged the Keychain decryption options.

For your convenience, we put together a video of all the recent features of Passware Kit 2021 v3. Take a look!

Passware forensic products are used by the world’s top law enforcement agencies to crack cases where decryption is required – with a 70 percent success rate.

Our team has worked hard to build the next generation of decryption solutions for mobile devices – Passware Kit Mobile.

The beta version of Passware Kit Mobile supports the decryption of 130+ mobile devices, including Apple iPhones, iPads, and Huawei phones. 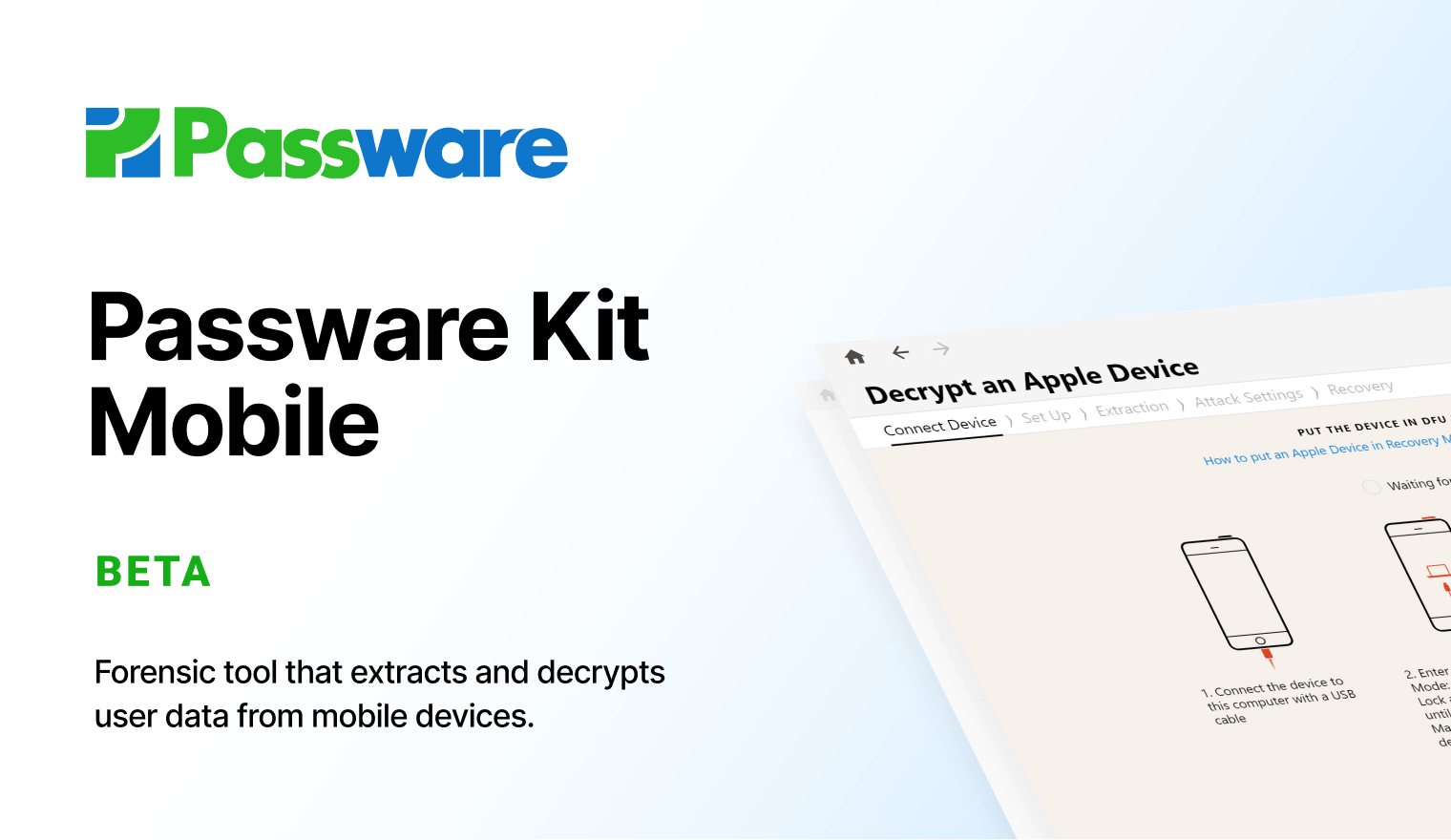